TRANSGENDER INCLUSIVITY: AT WORKPLACES AND IN VARIOUS OTHER FIELDS 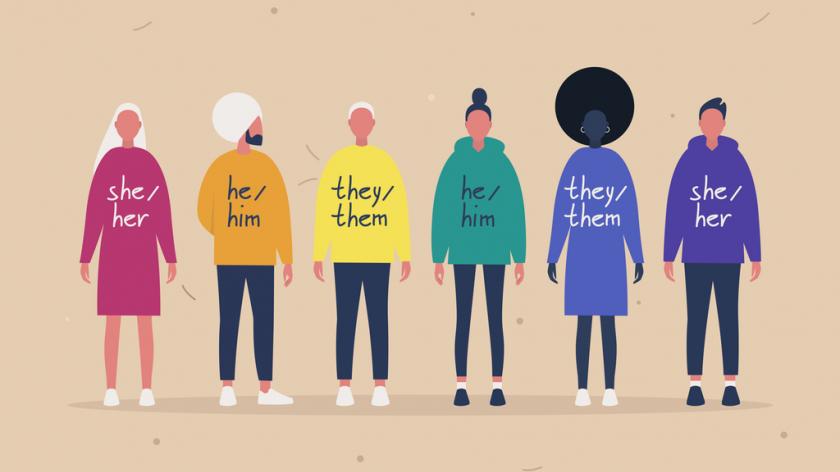 Transgender people have a gender identity different from the gender they were assigned at birth. Some people feel that the sex they were assigned at birth doesn’t match the gender that they feel they are inside. These people are often called transgender. Some transgender people who desire medical assistance to transition from one sex to another are known as transsexuals. Transgender, often known as trans, is a broad category, in addition to including people whose gender identity is the opposite of their assigned sex, it may also include people who are non-binary or gender-queer. Some transgender people reject the traditional understanding of gender as divided between just male and female, so they identify just as transgender, genderqueer, genderfluid, or something else.

Transgender people in India and worldwide face a variety of issues and discrimination. The discrimination not only denies them equal access to important social goods, such as employment, health care, education, and various other things, but it also marginalizes them. Most people even fear coming out as trans because they fear that they might be an outcast from society and people will treat them with harshness. This subject might not concern a lot of us but it affects a lot of people around us who might be facing discrimination daily and are on a verge of self-harming. So, it is very important for us to first understand their situation at the workplace and in various other industries and how can we as co-workers or peers try to be trans-inclusive.

The stigma around gender identity makes it difficult to access many employment spaces for trans individuals. In a society that is adamant about creating a glass ceiling for cis-gender women, the challenges of the transgender community get further aggravated. The National Human Rights Commission in its study on the transgender population revealed that access to any form of economic activity is denied to about 92 percent transgenders, even the ones qualified to get jobs.

But what the most progressive companies fail to understand is that ensuring trans people get employment is only the first step towards inclusivity but there are various hurdles that transgender people need to face daily. The occupational opportunities come along with various in-built hurdles, merely non-discrimination in the selection process is not sufficient to ensure inclusivity for transgender individuals. Most offices have infrastructure not suitable for transgender individuals and these infrastructural deficits in the workspace add to work-related stress. There should be a major emphasis on the importance of having gender-neutral washrooms.

This calls for the need to come up with better human resource training for all selected people. Thus inclusive policies and practices such as those related to bathroom access, dress codes, and pronoun and name usage should be used by companies extensively, these send out vital messages to trans employees that they are valued. Installing gender-neutral bathrooms or encouraging trans employees to use bathrooms that align with their gender identity is one important way to signal to those employees that they are valued. Diversity training should educate other employees on the importance of being accepting and welcoming when they find themselves in a bathroom with a trans coworker.

It is believed that when sexual orientation is revealed, transgender individuals face harassment from their peers and superiors. Some militaries exclude transgender people on grounds of mental illness. One instance of discrimination and harassment faced by transgender personnel in the armed forces could be portrayed by the Danish army, where trans military personnel tends to hide their homosexuality until fixed employment, out of fear of losing respect, authority, privileges, and even their jobs.

Signs of homophobia are still prevalent in a lot of countries. In Iran, males who reach the age of eighteen are mandatorily required to serve in the military except for only sons, sole caretakers, or men who are suffering from a mental or physical illness. In Iran, transgender men are considered to be suffering from mental illness. In India, Jagdambika Pal, a Member of the Parliament had introduced a bill to amend the Army Act, 1950, the Navy Act, 1957, and the Air Force, 1950 to allow transgender individuals to serve in the forces. At present, India does not hire transgender people in the paramilitary forces or the Indian Army. However, in a gender reform, the Ministry of Home Affairs asked the Central Armed Police Forces for their views on recruiting transgender people as the ‘third gender’ into the police forces. According to the Transgender Persons Act, by the central government in December 2019 no establishment shall discriminate against transgender persons in matters related to employment, recruitment, promotion, and other similar issues.

Efforts should be made by countries to develop gender-neutral norms that promote a safe and healthy working environment for transgender members. Such policies will result in improving professionalism and stronger leadership which will, in turn, help diminish discrimination and enable trans troops to serve openly without fear in the military. Also, training should be provided to all the personnel about gender neutrality so that they can be cordial with their trans peers.

The cosmetic industry, beauty pageants, and fashion industry: all these industries come under what is known as a beauty industry, and very much like all the other industries trans people have faced a lot of discrimination here. For years, beauty brands have marketed their products for specific genders with clear stereotypes in mind. As awareness about gender-neutrality has grown, some brands have made an effort to remove gender-specific labels. Lately, male, as well as trans, genderqueer, and non-binary beauty influencers are landing ad campaigns with various makeup brands. The beauty industry has made efforts toward becoming more diverse and inclusive. In recent years, certain brands have sought to invest in who their communities are be it male, female, transgender, non-binary, straight, or gay.

Certain brands have emerged as leaders in accepting inclusivity and creating a gender-neutral space where everyone can feel seen. Even though the definition of beauty has come a long way, there’s still a lot more work to be done. For much of its history, the beauty industry has largely portrayed unrealistic beauty standards that represented only a small fraction of the population. Now, many industry leaders realize that every person deserves to feel represented regardless of their age, sexual orientation, gender identity, race, religion, or size.

The controversy has caused a lot of debates regarding sex verification in sports. Many people have criticized such regulations as it is a form of discrimination against transgender and intersex women. Transgender athletes face many challenges, including overcoming stereotypical attitudes about gender and harassment. Devising policies and procedures that are inclusive is also a very challenging task.

Creating and following an effective gender-inclusive and diverse policy in sports allows transgender athletes to know that their contributions are valued and that their teammates and fans respect their gender identity. This effort can include creating educational initiatives to shed light on the contributions of transgender athletes and the benefits of diversity in sports. Athletic administrators and leaders should be more aware because as they say when leaders have a better understanding of sports ethics, administration, and management, it is easier to build inclusive environments that embrace all athletes.