THE RISE OF PSEUDO-FEMINISM 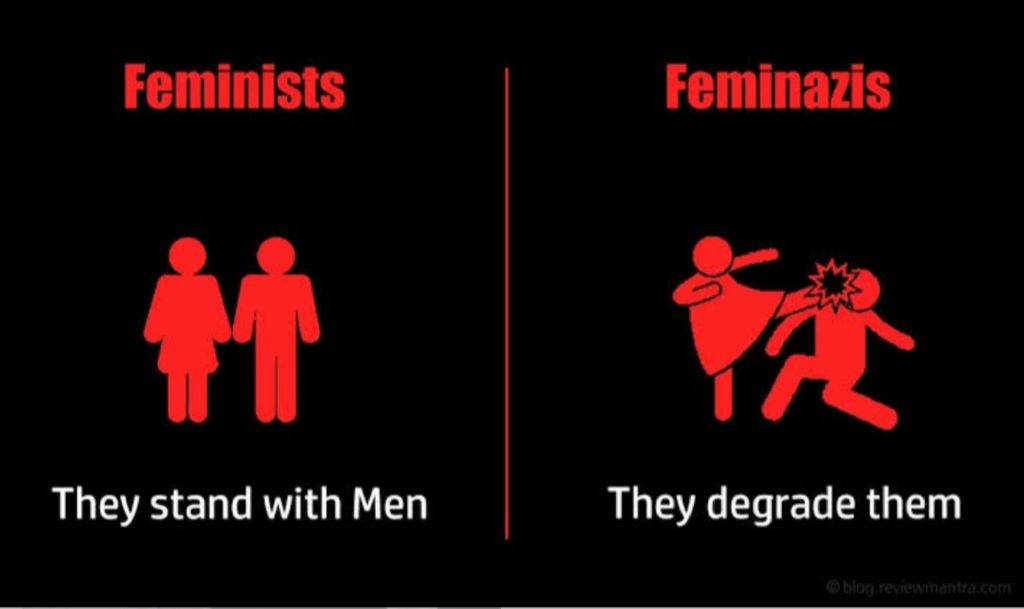 Feminism, nowadays, is often frowned upon. They are seen as man-haters or misandrists. ‘Oh-you-are-that-feminist-type?’ is something most of us are asked with a raised eyebrow and a look of suspicion when we identify with this line of thought. But why is there such resentment towards feminism? Is it the inherent misogyny of this patriarchal world? Or is there something more to it?

But, the way that feminism has unfurled in recent times has degraded its image. A distorted version of feminism called Pseudo-feminism is being spread rapidly. Pseudo-feminists or Feminazis think of women as the superior sex. They wish to resolve the injustices committed against women by attacking and demeaning men. Simply put, feminazis are polar opposites of patriarchal men.
In the recent times, multiple cases have emerged where women playing victim-card in the name of feminism has led to men getting wrongly accused. This has not only damaged to their lives but has also degraded the image of feminism. Let’s have a look at some of these cases.

A most recent case of pseudo feminism is that of  Johnny Depp and Amber Heard. Amber Heard has been convicted for defaming Johnny Depp by claiming that he was an abuser. This defamation trial gripped the world, with viral clips of Johnny taking the stand, sparking much-needed conversations about domestic violence, and how men can be victims too.

However, feminism came under severe attack in the course of this trial. It was pointed out how

Amber was believed blindly when she wrote an op-ed about domestic violence resulting in  Depp losing a $22.5 million deal for his role in ‘Pirates of the Caribbean’. Disney dropped him and his career and his reputation took a drastic drop. Nobody cared to listen to the other side of the story.

Similarly, an Indian case last year grabbed people’s attention. A so-called influencer wrongly accused a Zomato delivery person of assault by putting up a story on Instagram. She claimed that the delivery person punched her and broke her nose. Again, people believed her and started bashing the guy without taking note of his part of the story. As a result, he was also sacked from the company.

It was only later that the actual story got revealed. The delivery man had delivered the order late due to traffic. The woman lost her temper and started hitting him. In self-defence, he pushed her back. She hurt herself with her ring. The influencer played her victim card on social media and successfully managed to ruin the career of a man who was trying to earn a living for himself and his family. 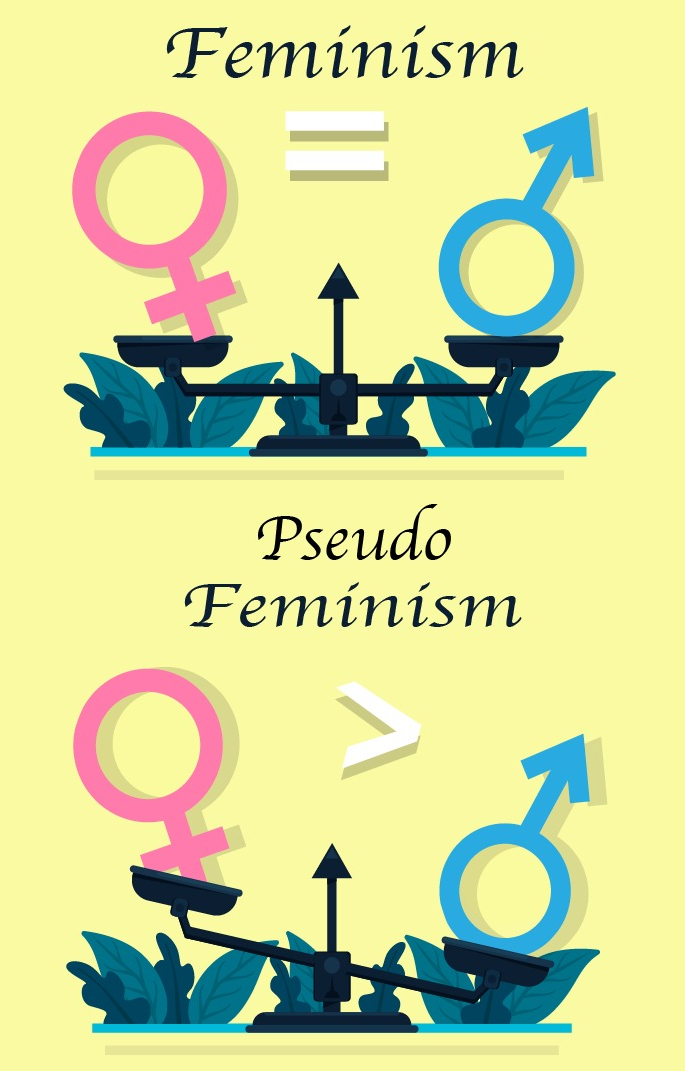 HOW TO RETRIEVE FEMINISM BACK?

Cases like these are the reason why feminism is the most overused and misunderstood word in society nowadays. Pseudo-feminists, although they form a small proportion of feminists, have damaged the image of feminism and its actual objectives.

The real aim of feminism is to create a world of equality for all genders. A place where our bodies do not define our capabilities. This, in no way, includes demeaning or monstering men. Rather, feminism is also about acknowledging the wrongs that men have faced as a result of living in this patriarchal society. It is about holding society responsible and changing it for the better. Feminism must be retrieved from its current disposition. It can be done by standing on the side of truth. It will happen by acknowledging that the fake side exists and that we need to fight it. Feminism is for everyone and will remain so, for all the time to come.