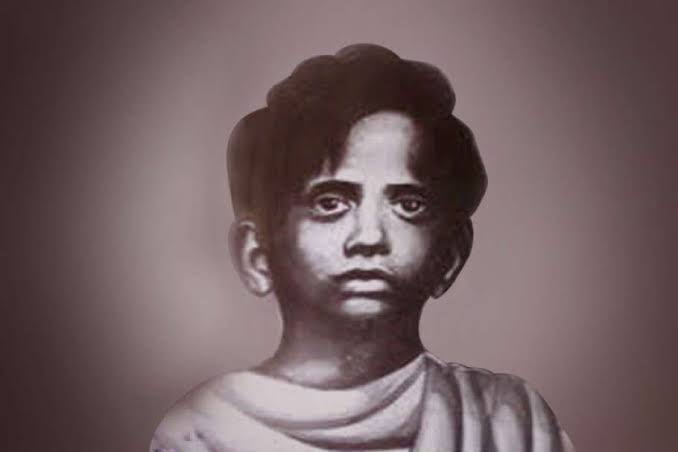 Baji Rout, a boat boy from Odisha, without a second thought offered his life first, for the motherland and second to counter-conquer the British fear. At a very tender age, Baji Rout witnessed how mercilessly Britishers were robbing poor villagers of their earnings and identities through loot and attacks, including on his mother. Baji Rout, filled with sympathy and a passion to rebel, when Baishnav Charan Pattanayak of Dhenkanal town raised a banner of revolt against them, joined it within the blink of an eye.

The British police stormed Bhuban village, arresting famous leaders and demonstrators on spurious charges and transporting them to the Bhuban police station. Several villagers protested outside the police station, demanding that they be released. The officers ignored their pleas and opened fire on them, killing Raghu and Quri Naik and injuring a large number of others.

The officers realised they had sabotaged their lives and decided to travel to Dhenkanal through Nilakanthapur Ghat, which was the shortest route to Dhenkanal.

Baji Rout was a prominent member of the Prajamandal’s Banar Sena (formed by young children) and was thus instructed by senior activists to keep a check on the ghat to guarantee that policemen couldn’t retreat via the river path.

When the British arrived and asked him to row the boat across the river, he refused, which led to the situation in which the British shot Baji Rout and two other boatmen: Laxman Mallik and Fagu Sahoo, killing them on the spot.

In the glory of Baji Rout

Capturing Baji Rout’s essence fully is not only a hard but an impossible task. The enabling feeling that one feels after knowing Baji Rout’s sacrifice and the prominence of his life is incalculable. A short film on Baji Rout, Baji – the Immortal Boat Boy, directed by Chinmoy Das, was released in 2018 and was also screened in Odisha at the 6th Noida International Film Festival 2019. The movie gave prominence to Baji’s material hardships and animated his undying dreams of a free India.

Sachi Rautroy, an award-winning poet, wrote the poem ‘Boatman’ that eternalised Baji Rout and his unquestionable appeal. He started writing on the cremation ground itself in the light of the flames of Baji Rout’s burning pyre. The poem prevailed and allowed us to paint Baji Rout’s picture with the words of his poem. Sachi took a significant number of days to grapple with the death of India’s young hope. After coming into his intellectual senses, he finished his poem which reads as:

“It is not a pyre, O Friends! When the country is in dark despair, it is the light of our liberty. It is our freedom-fire”.