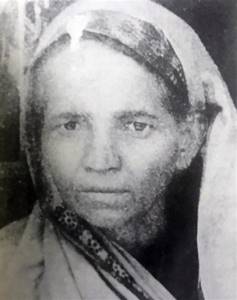 India is a country where women are considered equivalent to goddesses. Even today, there are thousands of women whose names end with ‘Devi’. Despite this, patriarchy has prevailed in India as much as anywhere else in the world. Women were restricted to the four walls of their homes for a very long time. But do you know some women managed to break these limits? There were multiple female freedom fighters in the Indian Independence Movement.

Bishni Devi Shah was the first woman from Uttarakhand who was put behind bars during the Indian Independence Movement. Let’s explore the unsung history of women in India who continues to inspire women in India and around the world.

Beginning of an unknown tussle

The British Raj was highly oppressive to the Indians. It was only during the First World War that the political mobilization in India began. It was the time when the spark of patriotism ran across peoples’ hearts and minds. The same was happening with women. But they couldn’t move out of their homes to showcase it in the form of actions. The rage within people increased too much to reach a small village named Kumau, nested in the chilled valleys of Himachal Pradesh.

This was for the first time after the campaign on 14th June 1912, that women began taking part in the Indian Independence Movement. Their leader was none other than a powerful influential lady Bishni Devi Shah. Having the courage to lead, the will to fight back and the confidence to keep moving forward with her political insights, Bishni Devi Shah left no stone unturned.

Bishni Devi Shah opened her eyes for the first time on October 12, 1902, in the beautiful hills of Bageshwar. Looking into her personality and strong beliefs, no one could tell that she had dropped after just class four. Married at an early age, who knew that after a few days of marriage, great happiness would turn into mourning. Instead of giving in to unbearable conditions, Bishni Devi Shah Ji went through it all independently. Widows at that time were harassed and expected to live alone, away from societal happenings. But she did not give up and decided to lead her way making her the first woman to jump into the Indian Independence Movement.

A procession that turned into Terrible Memory

People present in the procession conducted on October 25, 1930, were lathi-charged. The expedition was brutally stopped by the British raj police. To add to the surprise, male police constables forcefully stopped thousands of women involved in the procession. The protestors were injured to death in the lathi-charge, which also involved brave female freedom fighters who held themselves strong.

The warriors of the rebellion include Mangla Devi, Bhagirathi Devi, Bhakti Devi Tridevi, and Revit Devi with Bishnu Devi Shah as their leader. But as they say, when you keep your spirits high, your destination becomes easy. So, what was planned happened. They finally raised the flag high in the British Municipality Area. This was something indigestible to the British. The leaders were arrested involving the only lady Bishni Devi Shah in December 1930.

Having spent life in hardships, this was another challenge for Bishni Devi Shah to take and win. She could not lose her composure and stability. She had to buckle up and gather her spirits. The one who inspired other women to actively participate in the Indian national movement against the British Raj could not afford to lose. She maintained her calm until she was in jail. But, this was the calm before the storm.

As soon as Bishni Devi Shah was released from prison, she began holding public meetings. She organized picketing of shops selling foreign alcohol. She began promoting Khadi. She moved out of Almora and started to march from place to place to ignite patriotism and a sense of independence in the Indians. Despite having financial constraints herself, Bishni Devi Shah contributed to the Indian national movement during the Non-Cooperation Movement.

Due to her persistent efforts for the National Movement movement, she managed to shake the foundations of the British Raj. She was yet again put in jail in 1933 with a penalty of a large amount of 200 rupees. After the declaration of the Indian exhibition as illegal under section 144 by the British Government, people took a step back. This could not stop Bishni Devi Shah. She also put up an exhibition of Indian Khadi, Charkha, etc. in Uttarayani Fair Bageshwar on the event of  Makar Sankranti.

Having worked unassisted, and leading without any post, Bishni Devi Shah’s endeavours finally found the day when she got political recognition. She was elected as an executive member of Congress. She got the pleasure to hoist the flag in Congress Bhavan on July 23, 1935. She became an important volunteer in the Satyagraha Indian national movement in 1940-41.