STEERING THE FUTURE OF UPI 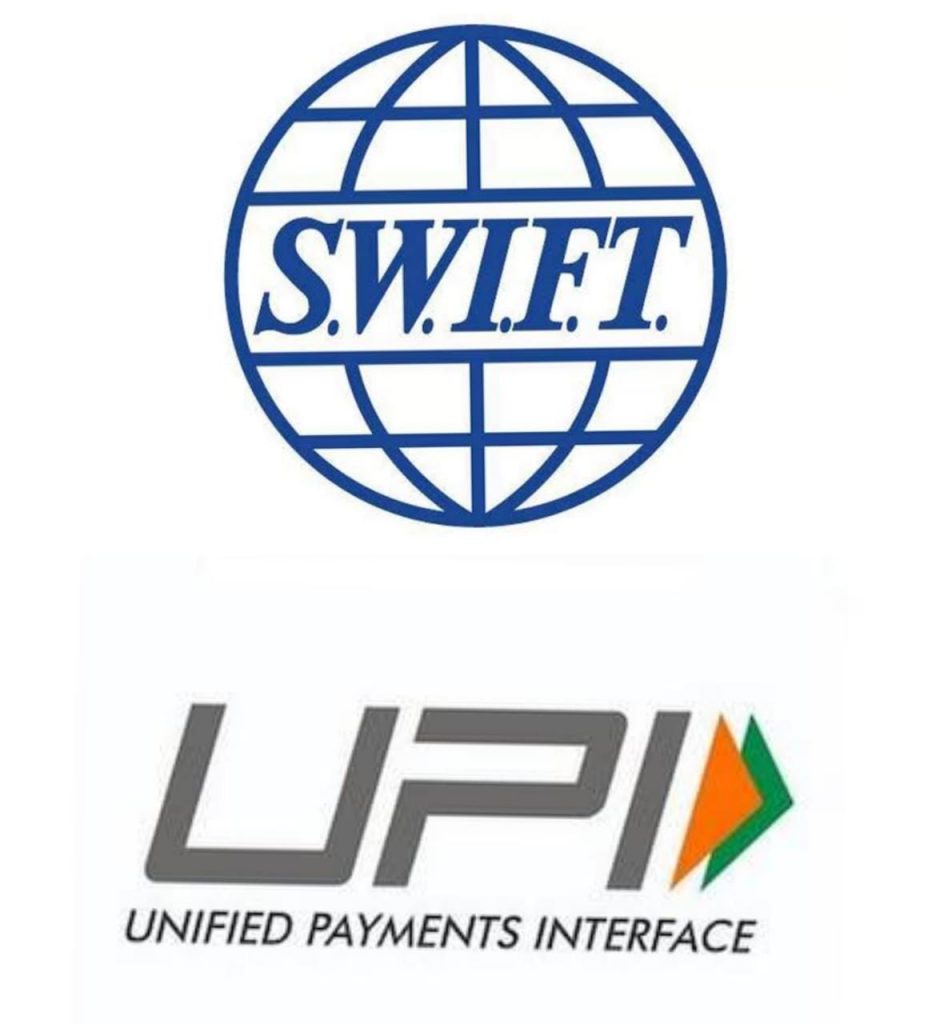 SWIFT is an acronym for Society for Worldwide Interbank Financial Telecommunication. Created in 1973, it is a Belgian cooperative society that ensures the establishment of a safe financial transaction messaging network amongst the banks, worldwide. In simple terms, it can be considered as a bridge or link connecting banks worldwide and facilitating international transactions. Presently, it links around 11,000 banks and financial institutions across 200 countries. It exercises a monopoly over international transactions, and in 2021 it recorded approximately 4 crore transactions every day. Although the SWIFT system is an independent cooperative, it is dominated by the USA and European Union.

It all started when Russian forces led a full-fledged invasion of Ukraine on 24th February 2022. The US and several EU member countries opted to put up economic sanctions against Russia. Russian banks were cut off from the SWIFT system. MasterCard and Visa also stated that they will not operate with Russia.

The array of economic sanctions included Russia’s exclusion from the international financial communication system- the SWIFT system. In a statement given by ‘SWIFT’, it stated, “Our deepest thoughts are with those suffering the tragic human consequences of Russia’s invasion of Ukraine. Diplomatic decisions taken by the European Union, in consultation with the United Kingdom, Canada, and the United States, bring SWIFT into efforts to end this crisis by requiring us to disconnect selected banks from our financial messaging services. To this end, in compliance with the legal instructions in EU Council Regulation (EU) 2022/345 of 1 March 2022 we disconnected seven designated Russian entities (and their designated Russia-based subsidiaries) from the SWIFT network on 12 March 2022.”

IMPACT ON OTHER COUNTRIES

‘SWIFT’system sanctions will have a detrimental impact on Russia’s economy. The countries which have bi-lateral trade relations with Russia will also be affected to a great extent as international transactions with Russia would become a challenge in the absence of an international payments system. India which imports more than 50% of its defence equipment from Russia, is likely to suffer because of the imposed sanctions. Russia exports oil and natural gas to different countries of the world. Its exclusion from the international payments network has left a deep void.

This void can be filled up by India’s real-time payments interface, UPI. India can collaborate with financial institutions of different countries and can help them create UPI-based payments systems. This would promote the worldwide usage of Indian technology, which has proved to be user-friendly and secure. This would also challenge the western hegemony over the international payments system.

Tracing the history of UPI

UPI  or Unified Payment Interface was introduced on 11th April 2016 and was produced by NPCI  (National Payment Corporation of India). Under the guidance of RBI, NPCI became the primary body with the mission to cultivate a new payment system that is easy and secure. In December 2019, the success of UPI increased exponentially. India became the world’s largest real-time payment market in 2020 leaving behind China and the US in digital marketing. Twenty-one banks were linked with UPI in April 2016 and more than 300 banks were linked in late 2021 and continue linking.

UPI is easy to use and secure, you can start using it by installing one mobile app and registering your phone number. UPI payments work without the internet so that everyone can use them without carrying cash in their pockets in the future. UPI has been developed as an open and interoperable platform. It has revolutionized the financial sector of India. In 2020, UPI facilitated transactions worth $457 billion which is equivalent to 15% of India’s GDP. (Source- Livemint)

The increasing worldwide usage of India-based UPI technology has signalled a sustainable future for India’s technological sector. The emergence of Indian technology as a solution during war situations clearly gives a strong backup to India’s stand on neutrality and non-alignment.