Ramanujan: The Man of Numbers 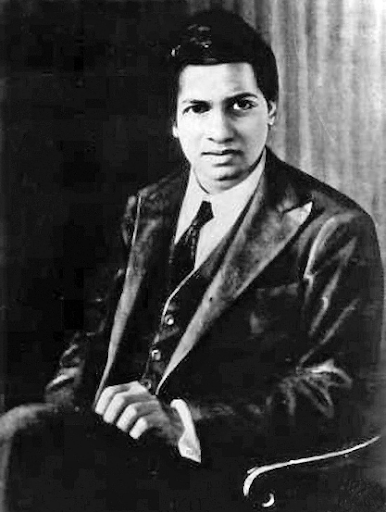 Every year on 22 December, India celebrates National Mathematics Day on the occasion of Srinivasa Ramanujan’s birth anniversary. This year, let’s look at his journey and how he turned out to be one of the greatest Indian mathematicians of his time!

In the year 1887, in the village of Erode, Tamil Nadu, a genius Indian mathematician was born. The life of this famous Indian Mathematician was not easy as he came from a low-income family and was born at a time when his country was under the rule of foreigners. It was a time when the British Raj had been economically exploiting his countrymen for centuries now. Yet this man found a way to contribute to the field of Mathematics and do his research at Cambridge University. He is a legend and even a hero who inspired many. Even a movie was made on his life which starred none other then our favourite British actor of Indian Origin, Dev Patel. Are you able to guess the name of this Indian Mathematician yet? Yes, that is correct. He was Srinivasa Ramanujan.

Ramanujan was a great mathematician of India whose works in mathematics are still relevant and are the basis for various discoveries even today. His work impacted the workings of many mathematicians in the 20th century. In fact, one of his theorems that he wrote on his deathbed without proof in the 20th century was proven by S. Zwegers and D. Zagier in their thesis in the year 2002. Let’s get to know this legendary Indian Mathematician.

Being born in a small village in British Raj India in a low-income family certainly created obstacles. However, he was born with an excellent memory and would entertain his classmates by reciting the decimals of pi to many places. His mathematical genius started with him borrowing a book from his friend at the age of 12, Loney’s book on Plane Trigonometry, a book based on trigonometry and some rudimentary calculus, which helped Ramanujan grasp many essential theorems and concepts. Later he found a book by Carr, “A Synopsis of Elementary Results in Pure and Applied Mathematics”. This was a compilation of more than six months and students used the book to prepare for entrance to Cambridge University. This book contained no proof and set Ramanujan on a path of Mathematical genius when he took out his slate, started scribbling the proofs for each theorem, and then wiping it with his elbow to the extent that he would bruise his elbows. However, when it came to his understanding of Mathematics and his observations into various fields of mathematics and their possible expansion, there were no bounds.

His journey from British raj India to Cambridge

As Ramanujan failed his college degrees by focusing entirely on Mathematics and research and neglecting his other subjects, he somehow managed to land a job in Madras port. As the manager was a mathematician himself, he encouraged Ramanujan to continue his research. It fetched him a lot of time to work on his theorems and proofs. Moreover, his manager also encouraged him later to share his work with G. Hardy of Cambridge University. The letter to prof. G Hardy proved to be an excellent decision. After studying his theorems and proofs for hours, Hardy invited Ramanujan to collaborate with him on more research at Cambridge University. So Ramanujan, leaving his religious apprehensions aside, sailed to London to join the likes of his own and continued his work.

Once in London, our Indian Mathematician genius Ramanujan was sick and was admitted to a hospital. His colleague G. H. Hardy took a cab to visit him. Now G.H. Hardy, a mathematician himself, was in love with numbers and had a habit of noting down each cab number, trying to anal toyse various characteristics of that number. When he took a cab to see Ramanujan, the taxi cab number was “1729”. Hardy began contemplating this number while in the cab. On pondering for the whole ride, he found nothing interesting about the number. When he went to see Ramanujan, He asked how he was and gradually started discussing their favourite topic of discussion, mathematics and numbers. When Hardy told Ramanujan that “1729” is such a boring number, Ramanujan said it is unique. That is because 1729 is the sum of cubes of two numbers, the cube of 12 and 1, 1728+1 =1729. This number is known as the magic number and the Hardy-Ramanujan number. It is a favourite of many people. 1729 is the smallest number which can be written as the sum of a cube of two numbers.

Ramanujan was very insightful and wise in his Mathematical approach. His contributions include 30 papers within only three years of duration. His research on partition function, mock theta functions etc., are very fundamental for mathematicians all over the world today. In fact, Andrew Wiles, a British Mathematician would not prove the discovery of Fermat’s Last Theorem without Ramanujan’s elliptical curves.

Why is he so Important?

One of the most famous Indian Mathematicians, Ramanujan, strived to succeed at a time when India as a country was losing their hopes and aspirations for a bright future. Being under the British Raj, Indians were in a state of hopelessness. Although coming from a poverty-stricken family in the South, Ramanujan, who received so much acclamation worldwide, gave Indians the promise of a brighter future. They say the underdog stories are the most inspiring, and the story of Ramanujan, one of the greatest mathematicians from India, certainly inspired many Indians. In a speech by astrophysicist Subramanyam Chandrasekhar, a Nobel prize winner, he expressed his tribute and gratitude towards Ramanujan for his work and determination on Ramanujan’s 100th birth anniversary. Chandrashekhar himself was born in a family of low-income, in a village very nearby Ramanujan’s. Yet, he inspired Nobel Prize Laureate Chandrashekhar and millions more throughout the country.