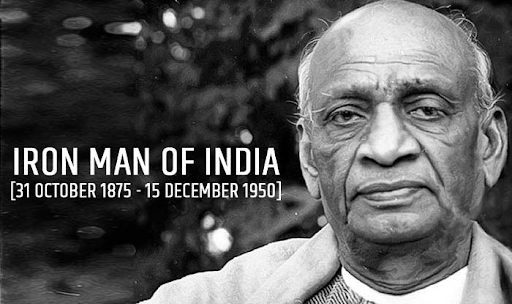 The ‘Bismarck of India’ Sardar Vallabhbhai Patel was born on 31st October, 1875. Every year Sardar Patel’s birthday is commemorated as the National Unity Day. It is also known as “Rashtriya Ekta Diwas”.

This day is celebrated throughout the country with great love, devotion, and respect for Sardar Vallabhbhai Patel.

Many events in schools and colleges are conducted to mark its importance. We must never forget that our flag represents national togetherness. Despite geographical, religious, and rational varieties we are all Indians.

Vallabhbhai Jhaverbhai Patel famously known as Sardar Vallabhbhai Patel was the first Home Minister of India. At the time of India’s Independence in 1947, India had 562 independent princely states. All of them were governed by independent people who were then under the control of Britain. After the declaration of Independence by the British empire,  India formed a formal government with Pandit Jawaharlal Nehru as the prime minister and Sri Sardar Vallabhbhai Patel as Honorable Home Minister.

After this, Indian National Congress declared that unifying the entire country is its primary objective for the next decade. Sri Sardar Vallabhbhai Patel and V.P Menon were able to convince so many rulers to accede to India.

Due to the regional rivalry between them and also wide differences in culture, the unification and democratization of some states were not easy. Many states like Hyderabad, Sikkim, and Jammu & Kashmir were difficult to integrate. 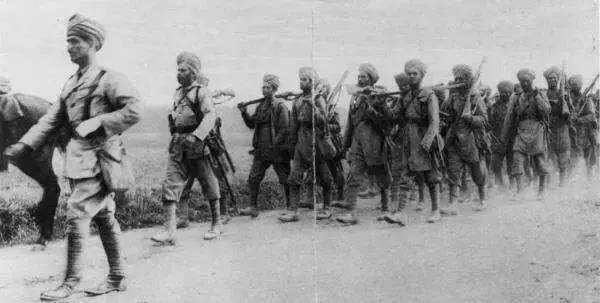 Sikkim’s Chogyal fought against his state’s full integration into India.India in 1950 made an agreement with Sikkim. According to the agreement India had to support Sikkim with both security and law & order. Also, India was responsible for communication and external affairs in the state. Chogyal, on the other hand, was in charge of all internal issues. The Chogyal Palden Thondup Namgyal was backed by the minority Bhutia and Lepcha upper classes in 1960 in order to gain more authority in international negotiations. However, in 1973, anti-chogyal opposition developed among people who supported elections. Then India intervened and removed Chogyal from power. Elections were conducted and a new assembly was formed.

Hyderabad was a landlocked state in South India. And its ruler Nizam Osman Ali Khan was a Muslim, while 87% of people were Hindus. There was a strong resistance against the policy of integrating Hyderabad into India. Finally, On 13th September  1948, India marched into Hyderabad. There was only a small resistance from Razakars. But by 18th September, Indian troops took control over the state.

During this time Jammu & Kashmir was ruled by the king Maha Raja Hari Singh who was a Hindu King, while the majority of the population were Muslims. He made a standstill agreement with Pakistan and offered the same to the Indian government. Meanwhile, rumors about atrocities against the Muslim population by Maha Raja Hari Singh‘s forces were circulated in Pakistan. Pathan tribes from North-West India entered Kashmir. King asked India for military support. Indian forces secured Jammu, Srinagar, and Valley during the war. Then on 6th January 1950 with special provisions to the state, India integrated Jammu & Kashmir into India.

The goal of national integration is to bring together all these diverse racial, religious, cultural, and linguistic groups into a single nation.

Let us celebrate this day with a patriotic spirit and let the essence of this day always remain in our hearts! Let us never forget that our national unity is the most valuable asset we have.