Meghalaya – “Scotland of the East”

This is going to be the last blog of our Northeast series titled ‘Beyond the Tea Gardens’. And this remaining jewel in the crown of Northeast India is none other than Meghalaya. With its heart-thumping cliffs, lavish rivers, flavoursome cuisines, and magnificent scenery Meghalaya adds significantly to the rich diversity of Northeast and  India. And as the title suggests, its beauty is so magnificent that it is sometimes called Scotland of the east. It is one of the world’s richest biodiversity locations. There is much more to this state than what appears at the first glance and in this blog we have tried to cover all the major aspects. So, let’s begin!

The term ‘Meghalaya’ is derived from the combination of two Sanskrit words Megha (cloud) and Alaya (abode) and translates into ‘the abode of clouds.’ Indeed, the name sits aptly with the state, given its geographical location consisting of the mountainous plateau. But there is more to Meghalaya than its scenic beauty. Its rich tribal culture, history and festivals make this state distinct from others.

Meghalaya is dominated by three major tribes – the Garo, the Khasi and the Jaintia. As evident from the map above, they occupy their specific parts of the state with the districts named after the tribes. They are often referred to as the ‘hill tribes’. Other minority tribes residing in this state include Koch, Hajong, Rabha and so on.

THE KHASI TRIBE  – It is the largest tribal community of Meghalaya. They are also considered one of the earliest settlers in the Indian subcontinent. Like most of the tribes of Meghalaya, they have a matrilineal society, i.e. they trace their descent from their mothers, unlike the prevalent patrilineal societies of India. They have multiple sub-tribes within them. Therefore, women hold the right of inheritance in this tribal group. They used to have their distinct religion known as Ka Niam Tre or Ka Niam Khasi, however, with the arrival of Christian missionaries this tribe got inclined towards Christianity.

THE GARO TRIBE – It is the second-largest tribal community of Meghalaya. Besides Meghalaya, they also reside in some parts of Assam and West Bengal. Like the Khasi, theirs is also a matrilineal society with the dominance of women. They originally belong to the Tibeto-Burman race and migrated to India from Tibet. Their traditional religion is Songsarek, however, a large proportion of it converted to Christianity with the arrival of missionaries and the British.

THE JAINTIA TRIBE – The Knars, the Wars and the Bhois collectively form the Jaintia tribe. Their traditional religion is Niamtre and they have successfully preserved their tradition and culture till today. Yet again, this tribe is also matrilineal. Jaintia used to be a powerful kingdom of Assam in ancient times. With the Treaty of Yandaboo between the British Government and the Burmese in 1826, the British took over the Jaintia Kingdom.

The food and cuisine of Northeast  India are peculiar in a way that they are closely connected to the culture and traditions of the region. This is true of Meghalaya as well. Though, in comparison to its counterparts, the cuisine of this state is unique and distinct. Do you want to learn about some Meghalayan delicacies? 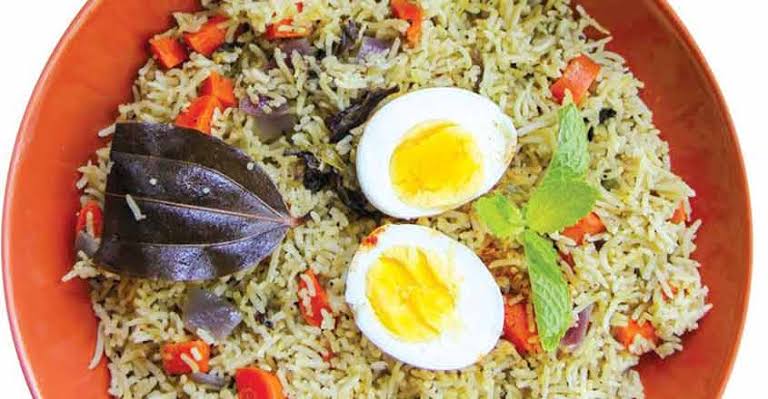 Meghalayans eat rice as a staple meal. Dishes are incomplete without it. Famous among the Khasi tribe of Meghalaya is Jadoh, a dish made from red rice. It has a rich colour and taste as it consists of ingredients like pork meat, green chillies, onion, ginger, turmeric, black pepper and bay leaves along with red rice. 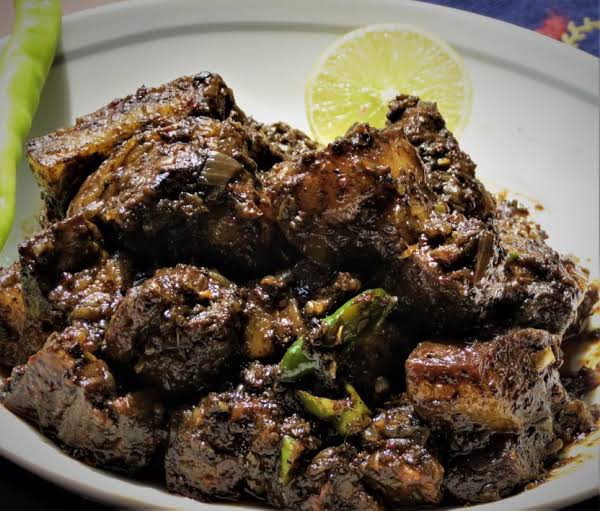 Don-Khileh is a sort of salad made with minced pork, onions, and chillies. It’s extremely nutritious and satisfying at the same time. With the addition of beans, tomatoes, carrots, and lemons, it can take on a Mexican flavour. 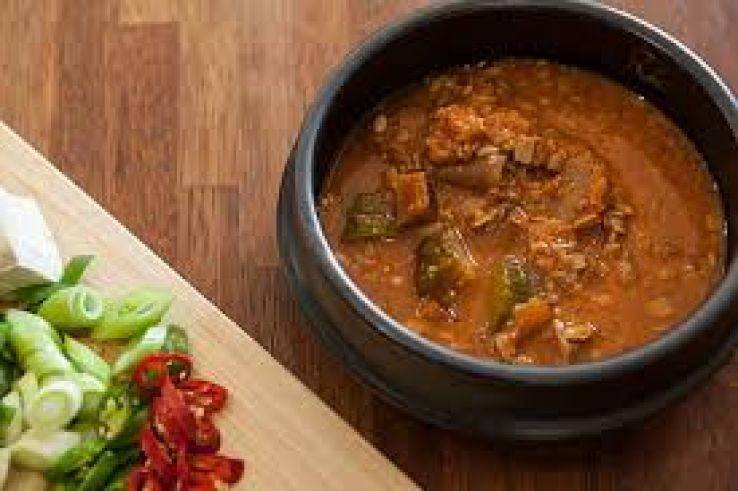 Nakham is a specific type of sun-dried/fire-dried fish found in Meghalaya. Nakham Bitchi is a popular soup served as a starter. To make this thick and delicious soup, Nakham fish is fried and then cooked in water.

Minil Songa is a popular Meghalayan dish among the Garo tribe. This sticky rice recipe has a deep nutty flavour and a delicate texture. The dish is prepared by cooking rice, veggies, and green leaves with bamboo. This snack helps in improving digestion. 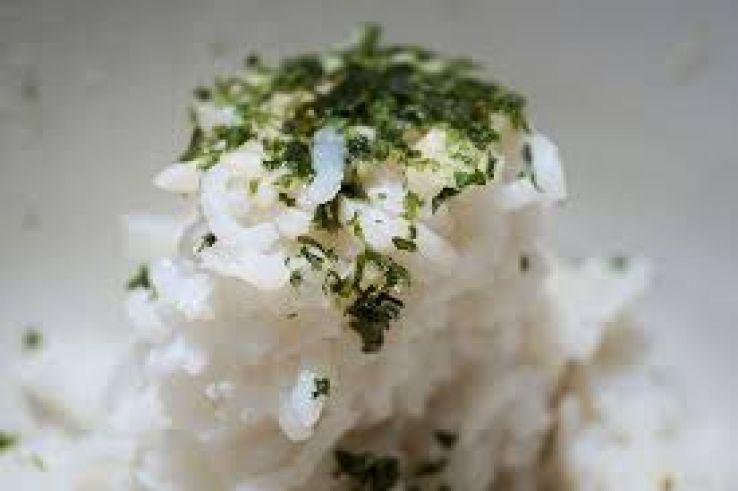 As stated earlier rice is the staple food of Meghalaya. Pumaloi is a rice-based dish that is popular among the locals. It’s prepared in a pot known as Khiew Ranei. It is offered at numerous public meetings and festivities to showcase the distinctiveness of Meghalayan culture.

One can explore a strange collection of caves hidden in Meghalaya with a beautiful history.

There are 1580 caves in total, 980 of which have been explored. The Krem Rupasor cave is one of the most popular, being the second largest cave in Syndai village.

The 16 km hike is named after a British officer who was responsible for making one of the first trekking routes in the 18th century. Surrounded by lush green vegetation, it connects the plains of Sylhet and Khasi Hills, this trail will take you to an arched bridge.

It is one of the most beautiful waterfalls located in Jowai. It is a heavenly destination for those who swim. The green-blue plunge pool and the availability of food make it a perfect destination for a night stay.

As you enter the peaceful sloped forest, which is also home to Hoolock Gibbons, you may feel like sitting down and enjoying the scenery for a while. Many hikers finish within one hour to 90 minutes. Photographers will be able to capture a lot.

At least once, everyone should witness Meghalaya’s living root bridges.

Trek through the woods, passing by small streams, mostly located in Cherapunji. It is a result of effective bio-engineering. UNESCO has designated the Jingmahan live root bridge as a World Heritage Site.

Campfire trails – When visiting Meghalaya, camping is one of the must-do activities. Get cosy under the stars, surrounded by forest and misty nights. The Mawlynnong rainforest, the Khasi Hills, and Dawki are all good places to camp.

Treks and rock climbing  – There are numerous hikes and treks available in Meghalaya. Hike through the forest to learn about Meghalaya‘s flora and fauna. Apart from trekking, anyone who enjoys rock climbing would find Meghalaya to be a fantastic place to visit.

Meghalaya is a dreamy state, and you’ll never regret visiting here! The mouth-watering food, the dreamy places all urge us to visit Meghalaya. It’s one of the best places in Northeast India. Life is all about making memories, visiting Meghalaya will give you the best memories in your life.