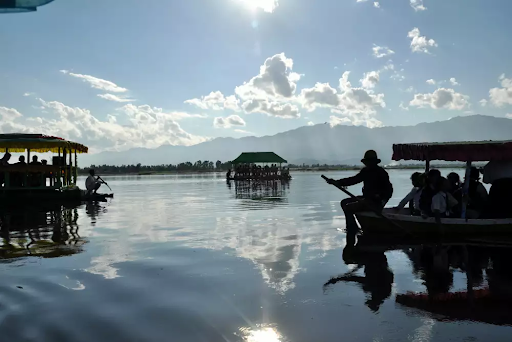 Manipur is a state in northeast India and is also part of the famous seven sisters. It has Imphal as its capital, which is considered as one of the ancient cities. It is long known for its rich culture, traditions, and beautiful landscapes. The word Manipur came from two Sanskrit words, Mani means jewel where puri means land. It is translated as “Land of Gems”. It has Assam, Mizoram, Nagaland, and China as its boundaries. And also it has a boundary that touches two cities of Myanmar.

It has an area of 22,327 square kilometers and a population of around 3 million. It acts as a bridge between the Indian subcontinent, Central Asia and Southeast Asia. Manipur has many tribes that represent their own and unique traditions. The major language spoken in Manipur is Manipuri. And Manipur has Sangai as a state animal and Nongyeen as the state bird. Shirui lily is their state flower and Uningthou is a state tree.

The Princely state of Manipur

Ningthou Kangba is regarded as the first king of Manipur. Manipur had faced many hardships. In 1891, after losing the war with the British, Manipur had lost its sovereignty that was maintained for hundreds of years. After many years in 1921, it became a part of British Burma. The entry of Muslims in the 17th century and many socio-political wars, especially devastating and destructive wars of Anglo-Burmese affected the culture and religion of Manipur.  In 1824, the ruler of the Manipur Kingdom made a pact with the British empire in the Indian Subcontinent. According to the pact, the British will take responsibility for the security of the Manipur Kingdom and its remains as a princely state for the time being.

In 1947, British India had become independent. Manipur continued as a princely state. But, it did not get any kind of security from the Union of India. Maharaja Bodhchandra was summoned to Shillong for a meeting. In October 1949, Manipur had become a part of  India. In 1956 it was declared as a Union Territory 1956. And got state recognition in 1972 under the act of North-Eastern areas recognition act 1971.

Manipur has many tribes that have their individual and ancient traditions along with Individual culture. The Meitei tribal group is the majority group in Manipur. Other tribes including the Nagas, Mao, Maram, Maring, poumai, Rongmal, Tangkul remain as minority tribes. When it comes to art and ancient culture, Manipur has Thang-Ta ( a martial art from Manipur), and also Pena ( an ancient Musical instrument from Manipur). Lui-Ngai-ni Ningol Chakouba, Shirui Lily festival, and Yaoshang are the famous festivals celebrated in Manipur state

Manipur has an economy of 1.3 billion dollars or rupees 10,188 crores. And its economy majorly depends on Agriculture.  Manipur acts as India’s “ Gateway to the East”. Moreh of Manipur and Tamu of Myanmar are the two towns that connect India to the eastern countries like Myanmar.

Manipur is one of the most famous states for tourist spots. Thousands of tourists around the country visit Manipur every year. And these are some famous places to visit in Manipur.

This is a place for tourists who want to see the culture and village side of Manipur. About 80% is covered with forest and the rest is occupied by the villagers. An entire day we can trek in the forest and in the evening you can interact with the villagers. Purul, Mao, Dzukou Valley, Yangkhullen, Makhel Cave are some important places.

It is a small village near Imphal city. And it has the most beautiful and skilled craftsmanship of Manipur. Many tourists visit Andro for its legacy of ancient skills. Andro Shantheil Natural Park, Andro Gramshang, Selloi Langmai Ecological Park, Gwarok Mahadeva Yairipok and Kaina Temple are some places to visit in Andro.

Also known as the gateway of Manipur. It has many trekking sites. And blessed with different types of animals and birds. Morning walk is preferred by many tourists. Yangoupokpi-Lokchao Wildlife Sanctuary, Tengnoupal and Moreh are some places to visit.

Because of its picturesque views and beautiful location. It has become one of the most visited places in Manipur. Loukoi Paat Lake, Langthabal, Iskcon Temple are some of the places to visit.

Manipur as a Northeast state of India did not get enough recognition like some other Northeastern states since its union with India in 1949. But currently, the central Government of India along with the state government decided to undertake some projects in Manipur. They include road widening projects, new road construction, Rooftop solar project in Imphal, loktak Downstream Hydro project, etc.

Manipur is one of the most underappreciated states in India. Manipur has so much growth potential in economic and cultural ways. Despite having differences in their culture and traditions, the Manipuri people live in unity. They are carrying the legacy of their ancestors through various festivals.