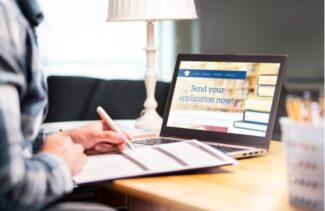 Education is a long-term investment. The time and effort put into the process could be invariably fruitful. It is a necessity that doesn’t get distinguished between the rich and the poor. In today’s world, education has been made more affordable to people of all strata in society, but with the ease of access comes competition. Every year, colleges get a huge influx of aspirants with a yearly increment as well. This results not only in growing competition but fuels stress simultaneously as well.

The University of Delhi is one of the most prestigious universities in India making it one of the top prioritised universities by many students. Providing courses in both bachelor’s and master’s, DU witnesses a large pool of undergraduates and graduates applying to their colleges every year. Housing a handful of the most reputed colleges of the country, such as Lady Shri Ram College for Women, St. Stephen’s College, Shri Ram College of Commerce, etc. combined with the rate of students applying each year, the cut-off has surged over the past few years. With cut-off lists releasing one after another, students hope for the best. This year, 30,000 of the 70,000 seats were known to have filled with the publishing of the first cut-off list. For undergraduate admissions, it was observed that the majority of the candidates applying were students from the CBSE board with many JEE and NEET aspirants applying as well. It was estimated that the cut-offs of the fifth and sixth list might differ from last year by a percentage or two. Colleges keep the cut-offs high due to limitation on the number of seats.

Increasing competition among students at the college level is making it more difficult for universities to decide the intake criteria. The more difficult the criteria, the more

competition is said to increase and this results in the degradation of the moral stimulus of students. With the University of Delhi having such exponential cut-offs, students find themselves facing higher competition. Universities and colleges are coming across a similar situation of selecting the best. Most of the colleges in Delhi have entrance exams to make it easier to segregate the best students and admit them into their colleges. Nowadays, even if students are scoring the highest percentage in their boards it does not matter, as they would still be required to go through the college-level exams that include an entrance exam, group discussion, and the last round consisting of an interview. After giving the college-level exams, students need to wait for the announcement of selection; ones who qualify to get admitted into may do so, while the remaining go and look for colleges furthermore. This indirectly degrades their moral stimulus. Competition should be fair enough for the students who are pursuing university-level courses but this puts the candidate through a lot of mental stress as the entire process can take a toll on them, both physically and mentally.

Competition among the students even after scoring high enough in the exams is making them feel insecure about their future. The more students are worried about their career, the more are the chances of piling up stress which may lead to various psychological issues such as anxiety and depression. Faced with internal and external expectations, students undergo academic stress as the hopes of wanting to do well and creating a sustainable future for themselves adds more and more pressure on their well-being. Students have become more specific with regards to their career. High-performing students are known to plan out their future for a long time ahead. It is the average performing students that face the brunt of the situation. Students have also been more proactive than ever with their career and the proper course they need to opt for fulfilling expectations. Stress has become a part of a student’s academic life, and they are trying to adapt to this lifestyle to the best of their capabilities.

Effect of Stress on Students

Increasing mental stress among students has numerous effects such as high blood pressure, heart diseases, muscle tension, fatigue, sleep problems, chest pain, etc. Mental stress symptoms include- anxiety, depression, irritability, restlessness, overwhelmed, lack of motivation and behavioural influence such as social withdrawal, outbursts, drug misuse etc. Often, many students find themselves committing suicide or other acts of self-harm in response to the onset of stress. Today, education is one of the main reasons for young students’ stress, and especially the hardship they undergo to pursue a good education.

As the future of this nation, it is the country’s responsibility to protect its young minds from the throes of stress. Adolescents are pushed to plan for their future way ahead of time, giving them hardly any chance to unwind and enjoy recreational activities or hobbies. Paired with the fact that they’re still trying to figure life as it is. Instead of encouraging them to unravel things as they come, most parents are left with no choice but to inculcate the severity of performing well academically. All of these expectations, fear of failure, and peer pressure takes the best of aspirants. We as peers, friends or family can help out the ones in need by listening, supporting and respecting their decisions. It is the battle of a modern-day student and we must do the best that we can to assure them that they’re not alone in this.

Read more about: Education and stress