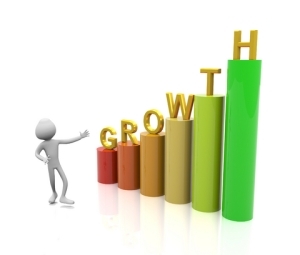 Student growth refers to how far a student has progressed academically between two points in time. It could be assessed in a variety of ways, such as from the start of the year to the end, or during the course of a single academic session.

However, determining student progress isn’t an easy task. There are numerous criteria, techniques and models, each with its own set of implementation and application scenarios available. To be legitimate and accurate, all parameters of assessing growth must be taken into account.

Here we take into consideration seven distinct methodologies that might be used to measure the growth of a student.

This model evaluates the year-over-year variation. This is accomplished by deducting the previous year’s score from the current year’s score. Along with the students, the teacher’s gains are also averaged and compared to the gains of other teachers. It’s a simple model that looks at how students’ grades have changed over time.

This is a common method of teacher evaluation that compares current test scores of their students to test scores of those same students in past school years to determine the instructor’s contribution in a particular year.

The goal of Value-Added Models(VAM) is to isolate each teacher’s contribution in a given year, which can then be compared to the performance indicators of other instructors.

The expected and observed scores of students are compared in this model. The prior test scores achieved by a student in multiple years are taken into account for the expected score. The students who have similar testing scores and characteristics are taken into consideration. Then it’s estimated how a group of students would perform and score as an average. The growth metric is based on how many scale score points a group of students achieved above or below their projected score, which is based on their previous testing performance.

Using similar test scores, a student growth percentile model compares the growth of one student to that of another. Percentiles are used to rank students according to their growth. It’s a method that’s simple to understand and easy to interpret. This provides for a fair comparison of students of different levels. This approach is also called ‘banded growth’.

Effect size is a simple and comprehensive means of estimating the extent of a gap between the two groups, college students and school students, that may be applied to any educational result.

Most have grown fairly popular, and they generally utilise a “Concentric Scaled Scoring rate” to compare progress from one year through the next on the same measure. This approach is uncirculated and may be compared to evaluating a teenager’s height—as a graduate’s vertical scale rises, so do their scholastic achievements.

Composites can also get around the drawbacks of corrected assessments (i.e., a collection of items that cannot be changed). In other circumstances, adaptive exams adjust their difficulty level based on something like a student’s performance.

Monitoring and review are distinct in that they usually consist of criterion-referenced evaluations rather than norm-referenced assessments . They’re simple to use, and the information may be shown to illustrate the “actual disparity” between some of the teenager’s current performance and the projected objective or level. The data may be graphed to show how the pace of advancement compared to projected growth has changed over time.