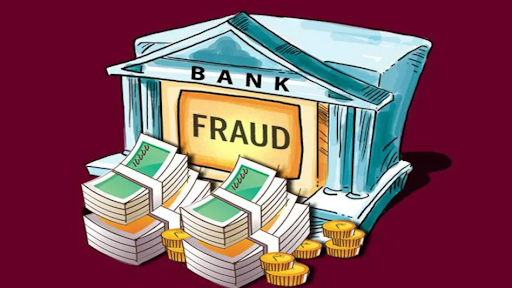 The DHFL scam, one of the most extensive banking scams, sparked the latest talk about bank fraud in India. CBI has arrested 13 accused for defrauding a consortium of 17 banks of over Rs 34,000 crore across 11 locations.

What are banking scams?

Banking scam or bank fraud refers to the illegal, often criminal, ways of occupying money, property, or other assets owned by the bank.

It also includes intentional deceiving in which a scam artist portrays a bank and obtains money from the depositors. Bank frauds are white-collar crimes that involve meticulous planning, patience, and time.

Banking scams in India- What does data say?

In terms of number, private sector banks have topped the list. Most banking scams are small amount frauds and internet phishing frauds. Whereas, in terms of fraud amount, the public sector banks beat the private banks with a higher portion being the loan portfolio.

The highest number of frauds are loan frauds constituting 42.2% of the total scams having the fraud amount being 58,328 crores [97 % of total value]. Card and internet frauds constituted 39.5%, with a value of just 0.2%.

Take a look at the graph in the given link here- https://infogram.com/bank-frauds-1hdw2jp5dkwop2l

Banking scams lead to the weakening of the market and disbalance in the economy. Local and foreign investment follows a decline in the stock market. As the middle class and working class make up the majority of depositors today, people lose trust in banks.

Long-term losses in banks cause the nation to experience an economic disaster. Therefore, banking scams are bad for the economy.

How to prevent banking scams

The first step in preventing bank fraud is bringing awareness to it. Multiple authentication procedures can prevent online bank fraud.

Banks should routinely monitor customer transactions and have the authority to impose the daily withdrawal minimum.

Once every day, businesses can check their transactions. They can also conduct transactions at several levels; for instance, one department may issue a cheque while another approves them, and the last one makes the final transaction, only him having the banking details.

Dewan Housing Finance Limited, a non-banking financial organization, conned a group of 17 banks for a total of Rs. 34,000 crores in the largest bank fraud in India to date. CBI has arrested the company’s promoters for falsifying the books, stealing money, and dishonestly failing to make loan payments.

The company defrauded nearly Rs. 23,000 crores from a consortium of banks led by ICICI Bank, IDBI Bank, and later SBI for five years. The account of ABG Shipyard was declared a non-profitable asset, as reported by CBI. It is termed the second-largest banking scam in India.

The well-known bank fraud that diamond businessman Nirav Modi and his uncle Mehul Choksi pulled was worth nearly Rs. 10,000 crores from Punjab National Bank. A few bribed officers and negligent bank auditors played were also behind this bank fraud.

In this foreign exchange bank fraud worth Rs. 6,000 crores, scammers transferred money to advance accounts in Hong Kong, claiming to be sending it to vendors abroad. However, it was the exploitation of loopholes in the remittance rules to bring back illegal money from abroad. Employees of various banks were part of this scam, including Oriental Bank and Bank of Baroda.

-BY SAANVI KHATTER AND SHREYA PANDEY