ADOPTION STRUGGLES AND POLICIES FOR THE LGBTQ COMMUNITY IN INDIA 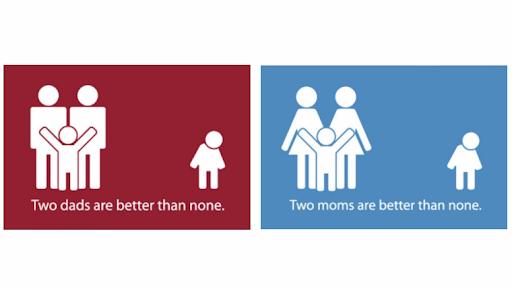 A family is a group of people united by the ties of marriage, blood, or adoption. In India, adoption rights are provided only to couples that are heterosexual. India has an LGBTQ population of about 2.5 million according to the government. Even though the strength of the community is very large, it has always been a victim of social stigma, discrimination, and harassment. They still can enjoy the right of companionship through live-in relationships but they can neither adopt nor can have a child through surrogacy.

Without these rights, the basic understanding of a family is incomplete. The decriminalization of Section 377 in 2018 was widely celebrated and was considered a ray of hope for the upliftment of the community. But even after two years, the community struggles for fundamental rights such as marriage and adoption. According to a study, there are around 29.6 million orphaned and abandoned children in India. However, willing same-sex couples are still deprived of their adoption rights in this country.

Adoption in India is done by HAMA (Hindu Adoptions and Maintenance Act). This act dealt with the legal process of adopting children by a Hindu adult. Under this, the process of adoption can be carried out by Hindus, Buddhists, Jains, Sikhs, and other religions governed by Hindu Law. This act has the usage of the words husband and wife which implies that the act does not recognize adoption by same-sex couples.

The  JJ Act (Juvenile Justice Act), 2015 opens the option of adoption to any person regardless of their religion, with the criteria being through the Central Adoption Resource Authority. It has a requirement that states ‘no child shall be given in adoption to a couple unless they have at least two years of stable marital relationship’. Since same-sex marriages are yet to be recognized in India, same-sex couples can’t establish two years of stable marriage. This makes them ineligible. Moreover, the societal stigma involved with such kinds of relationships further discourages the authorities from granting adoption to such couples.

Article 14 of the Constitution of India guarantees the right to equality before the law and equal protection of law to every Indian citizen. Article 15 prohibits discrimination based on “sex” which includes discrimination on grounds of sexual orientation as laid down in the case of National Legal Services Authority v. Union of India. Therefore, the right of adoption of same-sex couples is protected under Article 15 as no discrimination can be made against them because of their sexual orientation and they must be granted adoption rights like different-sex couples.

Article 21 protects life and individual freedom which includes the right to live a life with dignity. In the case of Navtej Singh v UOI, the court referred to a Canadian case that stated that human dignity is harmed when unfair treatment is given out based on personal traits or circumstances which do not relate to individual needs or merits. It was also held that the LGBTQ community has the same human, fundamental and constitutional rights as other citizens do. Moreover, research shows that having LGBTQ parents does not affect a child at all, and in fact, children brought up by same-sex parents perform better during both their primary as well as secondary education.

Adoption by same-sex couples is already allowed in various countries. India is a country which has decriminalized homosexuality in 2018 and the rights of the LGBTQ community have been recognized only recently. Sensitization programs must be encouraged by the governments to eradicate the social stigma revolving around people from the community.

The Navtej Singh Johar judgment was a major step towards the upliftment of the community but still, a lot is to be done. The state should not only legalize same-sex marriages, but it should also amend the existing laws to provide legal recognition to adoption by same-sex couples.

Apart from same-sex couples, adoption by a transgender is not considered stable for a child by our society. This is a violation of Article 15 of the constitution as they are being discriminated against based on their gender. This makes their stand unequal in society regarding adopting a child and building a family.

The HAMA, 1956 recognized a valid adoption only if it is carried out by a man or a woman, hence third-gender adoptions are prohibited. Sections 4 and 5 of the same Act, offer overriding powers to the provisions of the Act and have also delegitimized adoptions in Hijras. But,  the legislation of the JJ Act, 2015 states that any person can adopt a child and therefore transsexuals fit in this definition and therefore can adopt a child.

People of the third gender will be allowed to legally adopt if they are legally recognized as a couple under the JJ Act, which specifies that any person has the right to adopt and does not specify just male or female. Any person can adopt if they fulfil the conditions decided by the central adoption resource agency.

There have been a lot of changes in the rights of transgenders in our community but their fight for marriage and adoption is still not over yet. There has been injustice and unequal treatment in the past which have deprived them of their basic rights. But movements and accomplishments such as the recognition of the LGBTQ community by the Indian Judiciary, and Indira Aawas Yojna are rays of hope for the transgender community that prove that their struggle is being heard. They are gaining acceptance for who they are, slowly, but definitely.