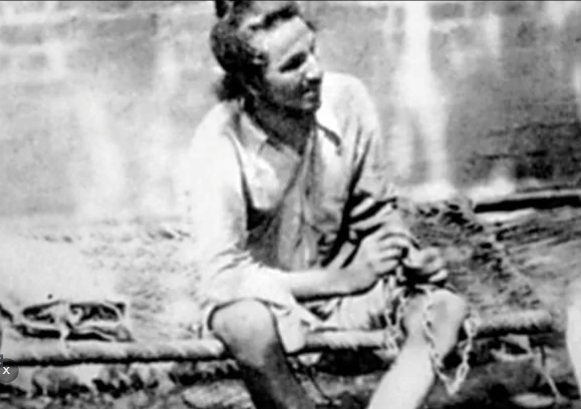 Shaheed Bhagat Singh had lived merely 23 years of his life when he found the hanging noose around his neck. Though widely remembered by the Indians as a freedom fighter, Shaheed Bhagat Singh was much more. Needless to say, he was a nationalist. But do we know beyond this? His core beliefs, his ideology, his perspective – these are some unexplored areas that remain hidden behind the famous acts of Shaheed Bhagat Singh. This ignorance often turns into a source of uninformed criticism of his acts of violence.

So on this Shaheed Diwas, let us try and find out what Bhagat Singh believed in and what he stood for. SKCF brings you the first blog of the series titled ‘Who’s that?’ through which we aim to give due recognition to the unsung heroes of the Indian freedom movement.

“Study was the cry that reverberated in the corridors of my mind. Study to enable yourself to face the arguments advanced by the opposition. Study to arm yourself with arguments in favour of your cult. I began to study.”

These lines were written by Bhagat Singh in his famous letter ‘Why I am an Atheist?’ during his sentence in Lahore Central Jail in 1930. For him, books were not only a source of enjoyment. Rather books were the answer to all the questions in his curious mind. Even during his time in jail, he requested his friends to send him books. Inclined towards socialist ideology, Shaheed Bhagat Singh had read tons of books on socialism and Marxism. Some claim that just before his execution in 1931, Bhagat Singh was reading ‘State and Revolution’ by Vladimir Lenin.

“By the end of 1926, I had been convinced as to the baselessness of the theory of the existence of an almighty supreme being who created, guided and controlled the universe.”

Bhagat Singh was an atheist. He did not believe in the existence of God. In his letter titled ‘Why I am an Atheist’ Bhagat Singh thoroughly explains his position. He was highly influenced by a book titled ‘Common Sense’ by Nirlamba Swami. In his letter, he clarifies his position to his friends who believed that Singh was being vainglorious in his approach towards God. It was his vanity that had stopped him from being a believer.

Shaheed Bhagat Singh argued that it is beyond his comprehension how undue pride could ever stand in the way of a man believing in God. His arguments against the existence of the almighty can be read in the long letter he wrote from Lahore Central Jail here.

BHAGAT SINGH ON PEACE AND VIOLENCE

“Force when aggressively applied is ‘violence’ and is, therefore, morally unjustifiable, but when it is used in the furtherance of a legitimate cause, it has its moral justifications”

Shaheed Bhagat Singh is widely remembered as someone who resorted to violent methods in his fight against the British. He is often put in contrast to other freedom fighters who chose the path of non-violence. But the reason behind the difference of choice is barely known. In the statement made by Bhagat Singh and B.K. Dutt in relation to the bombs they threw in Central Assembly Hall, they explain the reasoning behind their action.

They explained that they had no malice against any British individual. Rather, their attack was directed towards the institution they represent – British imperialism. Bhagat Singh often said that for him human life holds value beyond words. And even when they threw bombs in the hallway of the Central Assembly, they did not aim to kill anybody. All they wanted was ‘to make the deaf hear’

But Bhagat Singh indeed believed that the elimination of force in the freedom movement was Utopian. He was not against the means of non-violence completely, rather the exclusion of violence entirely. He wrote, “Use of force is justifiable when resorted to as a matter of terrible necessity, and non-violence as policy indispensable for all mass movements.”

GET TO KNOW THE REAL BHAGAT SINGH

Shaheed Bhagat Singh– this name is often used to glorify violence. People fail to take into account the ideology, beliefs and thoughts of this revolutionary. They fail to understand the depth of Singh’s actions. They fail to grasp the message he wanted to send. Shaheed Bhagat Singh has been reduced to a man of guns and bombs. But history has it that he was more than that. At the tender age of 23, this man had tremendous reasoning power, matured thinking and dreams of a free India.

Bhagat Singh explained this during his trial, “Revolution did not necessarily involve sanguinary strife. It was not a cult of bomb and pistol. They may sometimes be mere means for its achievement. No doubt they play a prominent part in some movements, but they do not –for that very reason –become one and the same thing. A rebellion is not a revolution. It may ultimately lead to that end.”

Please note – SKCF will come up with another blog in continuation of our new series titled ‘Who’s that?’ on Sunday. To know the personality we are going to cover next, please stay tuned. Till then, happy reading!