ANIMAL CRUELTY- A BRUISE TO A BLESSING 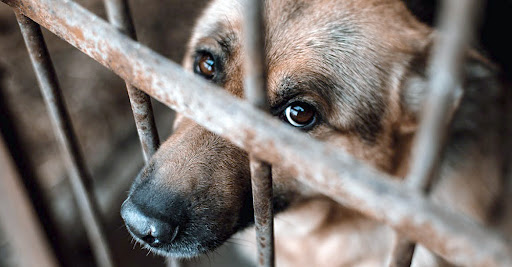 Is this something new we’re coming across? What was the first response that came into your mind while reading the first three lines? Were you shocked or did you not feel a thing? If you are one of those who did not have any response towards this and had a normal reaction to it, we’re sorry to mention this, but even you are part of this heinous activity that has been continuing for so many years.

Let us go back in time and observe what was happening back then. Did you know in the Early Vedic Period, Cows and other animals were the sole sources of income of the people? It was then when animals were worshipped and their health was taken utmost care of. The initial pages of The Mahabharata, which is believed to have been written over a thousand years, have several mentions of Cow as “Gau Mata” and has been given so much respect for several years. During this time, simple rituals were performed in case the Cow fell ill, for her recovery. Forwarding time to the Later Vedic Period, where agriculture came into existence and ceremonies like Ashwamedha Yagya and many more where animals were slaughtered and killed in the most brutal way.

WHAT IS ANIMAL CRUELTY?

Animal Cruelty refers to physical and mental torture towards animals. This may include throwing a stone at an animal and injuring them to deprive them of necessities like food, water, proper shelter, and veterinary care purposely.

WHY DO PEOPLE ABUSE ANIMALS?

There can be several reasons as to why humans feel the need to be cruel to animals. Some people may do it out of a previous traumatic experience with animals. Some may feel that since animals are speechless creatures, they can be treated in any way. Some people may just think of it as a “fun activity” and cause harm to them, just to enjoy. There can be several reasons for it. However, no reason justifies such heinous activity. If someone has any traumatic experience, they are at the option to seek therapy. The most unfortunate situation here is that animals can’t speak for themselves and sadly, unless and until any humanitarian spots a wound in an animal’s body, no step can be taken. Another most triggering factor which exists in our society is using the names of certain animals in the Hindi language as abusive words. This activity tends to fit into the subconscious mind of all individuals, especially children, as animals have a derogatory status in ety.

The Prevention of Cruelty to Animals Act, 1960- Also known as PCA, is one of the most important laws that protect the interests of animals in our country. This act covers the following:

Luckily, with the transformation of time and society, we all are developing and learning new things. There are many social media pages that promote knowledge regarding animal care and support. We still come across users posting stories encouraging the viewers to donate for the treatment of injured animals.

If you have been able to read and comprehend this blog, you can become a changemaker. Animals are gifted creatures of god. No animal will harm you unless you do. Spread love and compassion towards all. Be kind souls, just like the Khalsites of SKCF who have begun the Project Serving Stray Animals. For more information, click here.